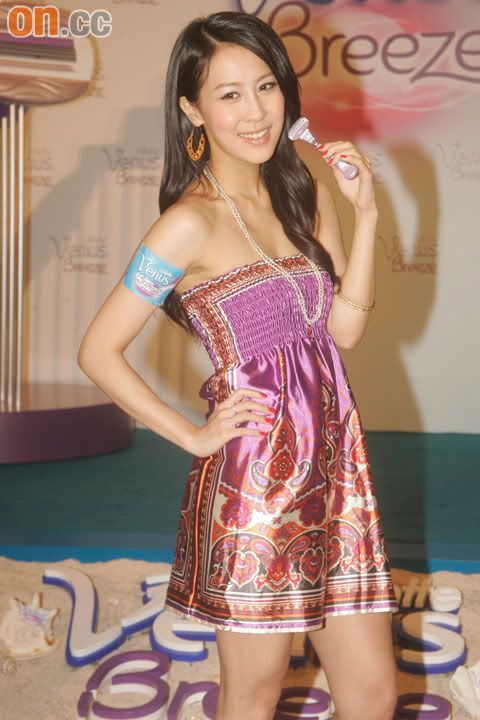 Mandy Cho attended a hair removal product event. She revealed that when she was a child she stole her father's razor to shave her legs. As for rumored boyfriend Stephen Huynh's brother Francois and his girlfriend breaking up, she said "If they really have problems in their relationship breaking up is a good thing". (Reports claim Francois is greedy for money?) "I have known him for 2 years. I feel that he is a very good and simple guy. I believe the reports are exgarrated". She stated that she has less contact with Stephen nowadays because she is busy with work. The reporter asked if they had split up? She replied "We have always been friends and colleagues".

Re: Mandy Cho says Stephen Huynh is her friend

didn`t they admit to dating before O__O

or maybe, not .. exaggerated reports?