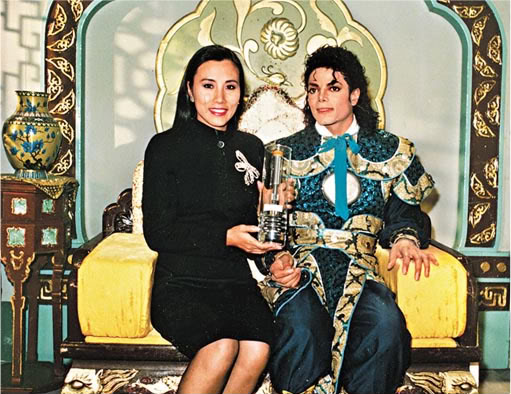 Michael Jackson went to Hong Kong in 1987 for a vacation and previously visited Shaw Studios and TVB City in Clear Water Bay. During the time Liza Wang had the privilege to represent TVB and award Michael Jackson with a TV trophy as a souvenir. Both of them sat on the throne to take pictures. Michael also wore an Chinese ancient costume. When the reporter asked Liza about it yesterday she stated that she previosly said Hello and took photos with him. She felt that he was extremely talented in the music industry and his dancing was great. The photograph will be placed in her biography. As to Michael Jackson's death, Liza said that artistes with talent have very short lives. Such as Danny Chan, Anita Mui and Leslie Cheung etc. It's a great pity. 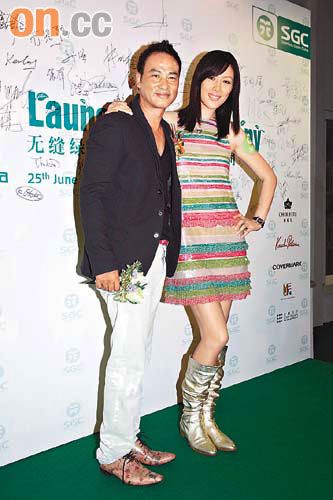 As well as Liza, Simon Yam also bumped into Michael Jackson during his visit at the Shaw Studios. Simon said "In 1987 I was shooting TVB series "The Book And Sword". I was quite shocked to see him. He was very curious about the Chinese costumes. During the time I was wearing a Chinese Emperor costume and he appeared to very interested in it. He touched the material and touhed my bald head. I also took pictures with him and got his autograph. I enlarged the photo and have kept it in the warehouse. Michael is very nice and didn't have an superstar attitude. He is one of my favorite singers. I often listen to his songs with my wife. Originally we bought tickets to watch his concert in England but now we haven't got that chance. It has made me realize people need to cherish and value the people around them".

its so true that many talented people have such short lives....

I agree, it's such a pity. At least he's made it into a lot of people's hearts.

hazrayz wrote:its so true that many talented people have such short lives....

yeah, but those words are comming out of a mouth of another talented person . i hope liza survives . she had cancer twice already T.T