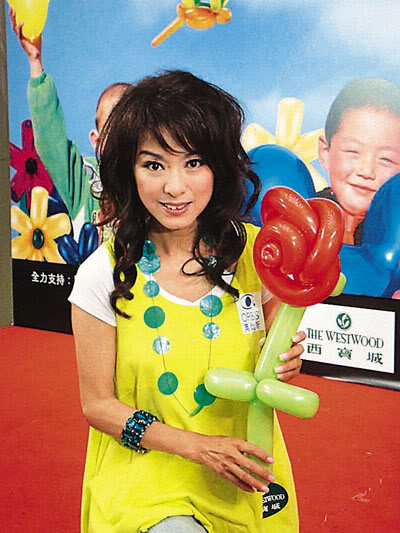 Michelle Yim appeared at the "ORBIS" event to close the ceremony. At the scene she attracted many children and parents who took photos with her. During the event Michelle shared a story about a child who suffered from eye disease. She also revealed that a few years ago she was originally planning to visit Indonesia to do charity work but in the end they cancelled the trip due to malaria.

Since completing the shooting for "Beyond the Realm of Conscience" Michelle is currently busy shooting new series "Five Flavors of Life". She stated that because the series is a comedy it brings her a lot of laughter. "This time I need to portray someone who has lost their memory. That's why I can't resist laughing whenever we start filming". Although she is busy filming she revealed that her boyfriend Wan Chi Keung's health is much better than before. She feels more relieved and has more time to film a series.

She looks great for her age, good to see that her boyfriend is recovering.