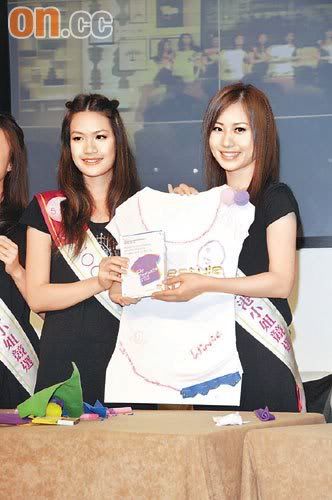 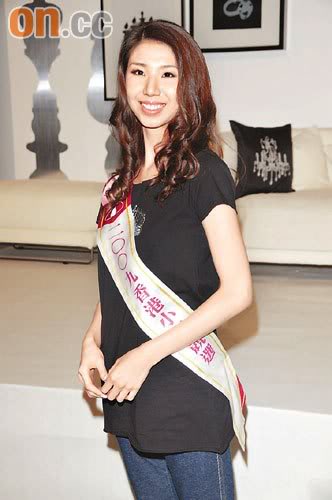 The 10 Miss Hong Kong 2009 finalists attended the "Trendy Brand Exhibition" event yesterday and designed their own T-shirts. In the end #5 Winnie Ma and #6 Carly Wong were awarded the "Most Creative Award". When the reporter mentioned that the standards of this year's Miss Asia contestants were far worse than the Miss Hong Kong's, #1 Hilaire Tsang and #2 Esther Lam expressed that they didn't read the news reports. However they believe that there are many pretty girls in Hong Kong and the ones that join pageants are all pretty,

As for netizens bashing the contestants and pasting their heads on to Chrisse Chau's sexy body pictures, #2 Esther Lam stated that she didn't mind. Netizens have been bashing Esther because they consider her ugly however it has helped increase her popularity and got her more noticed,. She stated that she will look on the bright side and to have netizens supporting her will encourage her to work harder.

Re: #2 Esther Lam will work harder to repay netizens for bashing her and increasing her popularity

hmm...i do agree that the standards this year is pretty bad..