Gotta catch them all! The Pokémon cubs receive their first public showing at Tokyo Zoo

Gotta catch them all! The Pokémon cubs receive their first public showing at Tokyo Zoo

Gazing curiously back at the camera, the baby Fennec fox cubs wake up from their afternoon doze to meet a greet visitors at a Tokyo zoo.

Just a few months old, the cute, cuddly and inquisitive animals are ready to explore the world - but not before waiting for their zookeeper parents to provide them with their daily sustenance.

And with their tame nature and their startling resemblance to the Japanese craze of collectible Pokémon toys, there's probably going to be more than a few children asking their parents for their own 'Pikachu'. 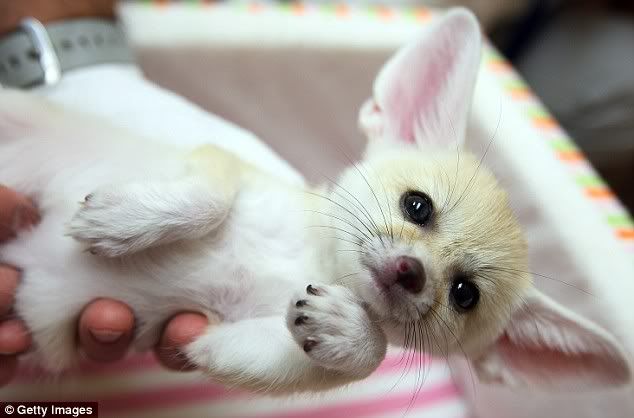 The Pokémon craze started in Japan, and then spread worldwide, fuelled in part by computer games on Nintendo console systems. 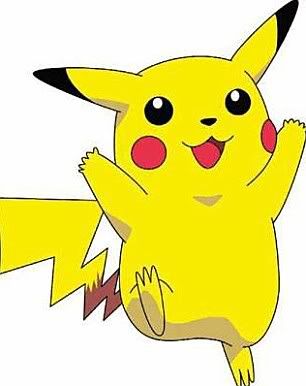 Pikachu! The Pokémon star has found his real-life counterpart in the Fennex

The lead character, Pikachu, became a worldwide sensation, and the resemblance with the Fennec cubs is easy to spot.

The Fennec cubs were born on May 17 at the Sunshine City Aquarium in Tokyo, but they needed a month of rest to prepare for their public debut.

While their British cousins are happier left to their own devices - in particular, rooting through dustbins in the quiet hours of the night - these foxes are happy to gather in packs or even to become pets.
The desert foxes, found in the wild around the Sahara, are being raised by humans because their mother had not been able to take care of them herself.

The cubs' new mother, zookeeper Chieko Suzuki said: 'Their parents were raising them well at the start, but became unable to do so. So, ten days after birth we moved them and put them under human care.' 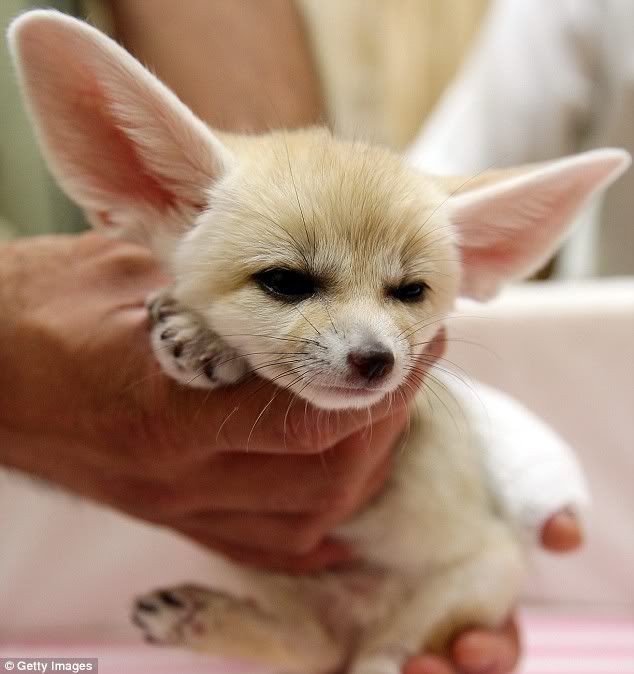 Distinctive ears: Fennecs have large ears, adapted to disperse heat in the hot Sahara sun, as well as to help them hear prey and predators easily

There's some dispute in the scientific community as to whether these are true foxes or not. They are the only know type of fox to live in packs in the wild, and there are vital genetic differences, such as the number of chromosomes compared to other foxes. 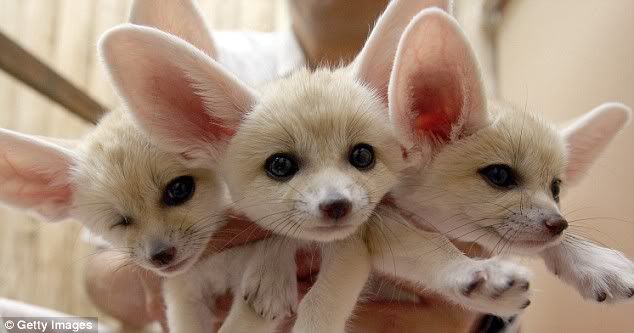 Three's a crowd: These bundles of joy love their human owners - but mostly enjoy scampering around and playing together

But perhaps the most important difference for you animal-lovers out there is that Fennecs are the one species of fox that are easily tameable, and act friendly to humans and other pets.

But these are not animals for the faint-hearted: they contain bundles of energy and need plenty of stimulation - other pets can be quickly worn-out by their boundless enthusiasm for play.

And with an ability up to four times their height, and to dig up to 20ft in a night, they are not easy to keep contained, so if they don't want to hang around they can be difficult to recapture.

But with a little love they can become faithful pets, as many owners across America and Japan can attest. 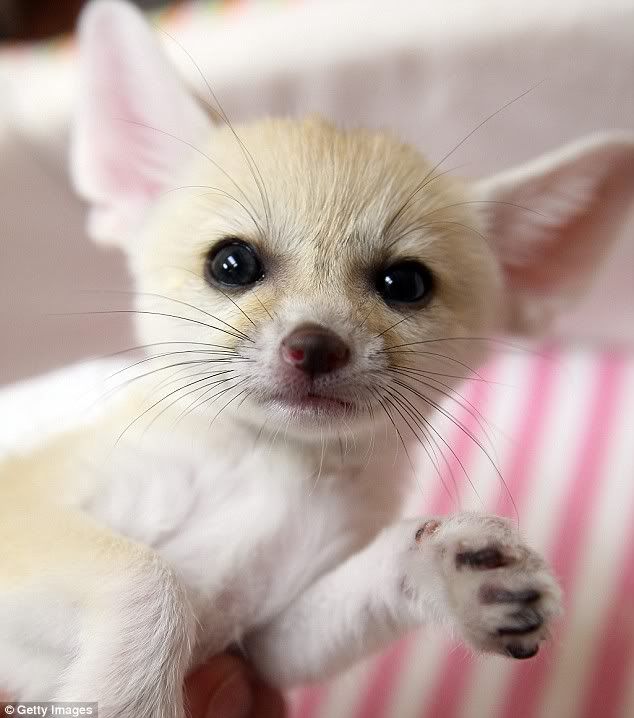 Paws for thought:The inquisative creatures can be tamed and brought up as pets - but make sure you have the energy to keep up with them 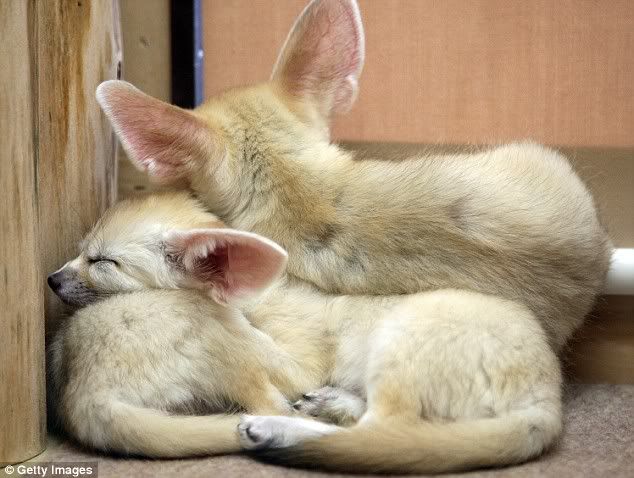 Snuggled up: Three Fennecs cuddle together in a show of brotherly love

The Fennec's unorthadox looks are suited to their environment, their pale colour adapted from a life in the wilds of the Sahara desert.

And their large ears are also a survival tool.

Ms Suzuki said: 'These large ears are the Fennec's distinguishing feature. While they are of course used for hearing things, since they live in the desert, these big ears and all of the blood vessels in the ear are used to disperse heat.'

They also have fur on the the underside of their paws so that they can walk across desert sand without getting burnt. 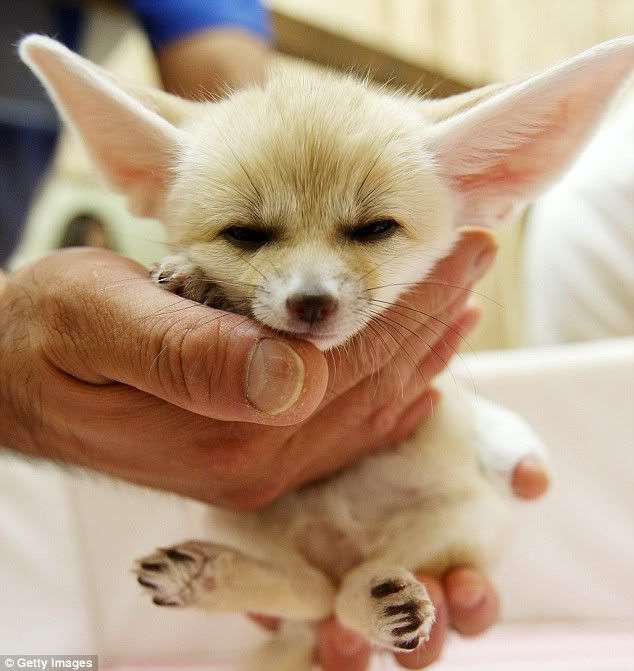 A fox in the hand: Fennecs are just as happy in human company, and can make perfect pets

Wow, they're so cute! But they weigh so little haha .. probably wouldn't notice it if you were holding one.