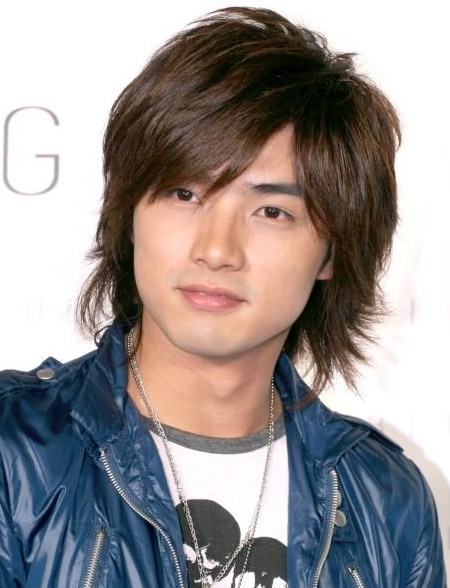 Mike He Jun Xiang started his career in appearing in a minor role in an idol series in Taiwan. He attracted a lot of audience and went popular after hosting the entertainment news on T.V.. Mike also modeled for magazines and TV commercials and became popular for his attractive figure, handsome looks, and charming smile. Mike then appeared in a few music videos with Valen Hsu and Angelica Lee before given major roles in acting. Mike does continue to feature with some other MVs, the more popular include his appearance in Ariel Lin’s and Rainie Yang’s MV.

Mike's first TV mini series was Seventh Grade in 2003/2004. Mike was already given the leading role alongside Ariel Lin despite being his first acting appearance. Modeling was something he still stayed active in and posed for advertisements as well as TV commercials. One of his most famous ads of all time is for an underwear company, which received mass reviews and praises from media and fans. Mike reunited with Ariel Lin again in 2004 TV drama Love Contract and had a short but catchy appearance in Say Yes Enterprise.

2005 was the breakthrough year for Mike, his leading TV mini series Devil Beside You with Rainie Yang and Express Boy with Xu Wei Lun were 2 of the best rated TV series in Taiwan. His TV dramas were popular overseas as well.