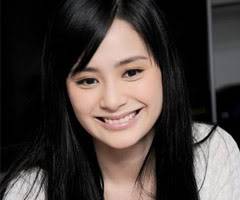 To mend his soured relationship with Gillian Chung, Edison Chen tried asking her over using MSN Messenger for a meal. At a press event on Wednesday, Chung said she has broken all connections with him.

Chung said that though she would not treat Chen as having dissipated from her life, but also felt that it was not necessary to keep in touch with him anymore. "I've already blocked him on MSN, and I will not pick up his call either."

She added, "Let's not talk about this matter anymore. Please do not ask me about him anymore." When asked if she preferred he left her alone, she replied sourly, "I would prefer you stop asking me about him."

Since she has only recently resumed work in show business after a year's break, her financial status has also been the highlight among the media. When asked if she is facing financial difficulties, she denied this immediately and said, "I still need to live and I need a job." A press member then remarked that there were rumours that she could not keep up with the installments for her apartment, and she replied, "I can rent out some rooms to get money since I have many vacant rooms." She told the press that she still has enough money and will "save some, use some."

When asked again if she would be more diligent now, she replied, "I've been putting on a tough front in the past. As for now, I'll pick myself up from where I fell."

i remember gillian saying the worst part of the pictures is knowing he`s a LIAR >;[