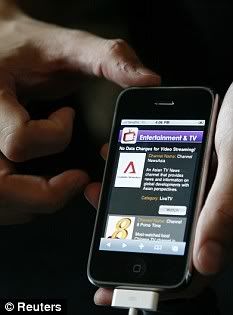 Sun Danyong jumped to his death after he mislaid a prototype fourth-generation iPhone. Pictured is the recently released iPhone 3GS

A young worker in a Chinese factory who lost a top-secret prototype iPhone has killed himself by jumping from a high-rise window - allegedly because he feared the wrath of his bosses and Apple.

Sun Danyong is said to have been beaten by security staff after he mislaid the prototype fourth-generation iPhone, the next model to come on the market.

Sun worked for the Taiwanese firm Foxconn, one of Apple's largest manufacturers and was responsible for shipping 16 iPhone prototypes to the American company.

But after one went missing, Sun went to his bosses in the southern Chinese city of Shenzhen to report the loss and an investigation began.

Three days later, Sun jumped to his death, leaping from the top of a 12-storey building.

His former classmates told Chinese newspapers that during the investigation into the missing phone he was beaten, his house was searched and he was locked up in a room.

In an online chat with his friends, he described his experience as one of the most humiliating in his life.

Apple has stayed ahead of the competition with its iPhone because it has jealously guarded its secrets, as it does with all new products including computers.

Foxconn also has a reputation for keeping quiet about the goods it produces for its customers, among whom are some of the biggest brands in the technology industry.

'We are saddened by the tragic loss of this young employee and we are awaiting results of the investigations into his death,' said Jill Tan, an Apple spokeswoman in Hong Kong.

'We require our suppliers to treat all workers with dignity and respect.'

Foxconn told Chinese news organisations that it was sorry for Sun's death and admitted that some of its employees might have used 'inappropriate interrogation methods.' 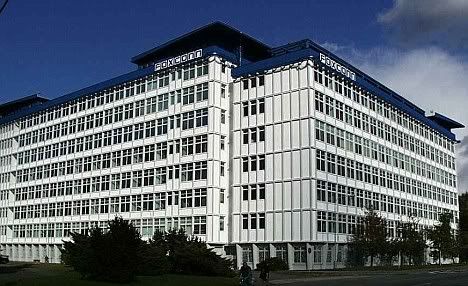 Three years ago the Daily Mail published photographs and details of the harsh working conditions where iPods are made in Chinese factories.

One factory, owned by Foxconn in Longhua, housed 100 low-paid workers in each dorm room, with no visitors allowed.

The workers toiled for up to 15 hours a day and were ruled with an iron fist by their bosses.

Foxconn said in a statement that its security chief has been suspended and turned over to the police.

The security official, Gu Qinming, was quoted by the Southern Metropolis Daily as saying he never hit Sun.

Gu reportedly said that after three security personnel searched Sun's apartment and did not find the phone, the employee was ordered to go to Gu's office on July 15.

The security chief said he didn't think Sun was being truthful about the phone, the paper reported.

‘I got a bit agitated. I pointed my finger at him and said that he was trying to shift the blame,’ Gu was quoted as saying.

He added, ‘I was a little angry and I pulled his right shoulder once to get him to tell me what happened. It (the beating) couldn't have happened,’ the paper reported.

Foxconn executive Li Jinming said in a statement that Sun's death showed that the company needed to do a better job helping its employees with psychological pressures.

‘Sun Danyong graduated from a good school. He joined the company in 2008. He had an extremely bright future. The group and I feel deep pain and regret when a young person dies like this.’

Is Apple that harsh?
Well, unless he was the ONLY one in the whole world who had it

I didn't know that Apple made iphones like Nike in sweat shop type conditions! I'll need to rethink buying a future iphone, its got blood on it...I think they probably beat the poor guy, chinese employers are very rough on their employees imo.

Is it worth it to waste your life over some dumbo company like apple? I regreted having a mac computer and 3 macbook pro laptops at home.