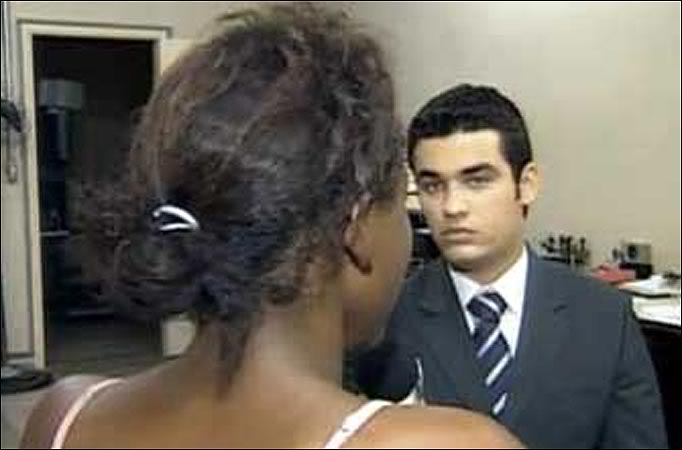 A GYMSLIP murderess aged just 17 was being held last night for knifing THIRTY men to death.

The schoolgirl stunned cops by owning up to a serial killing spree that started when she was a 15-year-old.

She told detectives she wanted to confess before she turned 18 and could be tried as an adult.

The girl - too young even to be named - said she began targeting men in her home city of Sao Paulo, Brazil "for money, revenge and to bring justice".

She even SMILED as she reeled off her list of victims - which is feared to make her the world's most prolific teenage serial killer. She calmly bragged to police: "I don't have enough courage to hold a gun - but I can hold a knife.

"I am confessing because I promised I would do so before becoming 18 - to avoid upsetting my family."
Butchering

The schoolgirl told how she always used the same knife - butchering one man for throwing a glass of brandy in her face in a bar row.

But police were last night still unclear about what drove her to keep on killing.

Sources said one theory is she was hired by gangland bosses as an assassin because she was so innocent-looking. The teenager's sensational confession came after she was arrested over a Sao Paulo street fight.

It shocked a country still reeling from the arrest of a TV crime show host for allegedly arranging killings to boost ratings.

Ex-cop Wallace Souza, in his fifties, built up a massive audience with dramatic film of police chases, raids and arrests.

Former colleagues became suspicious that camera crews from his Canal Livre show always seemed to be on the scene.

He denies charges that also include drug trafficking, threatening witnesses and possessing firearms.

His son is among 15 others also arrested in the scandal.