Girl, 16, takes control of school bus after driver has heart attack and dies

Girl, 16, takes control of school bus after driver has heart attack and dies 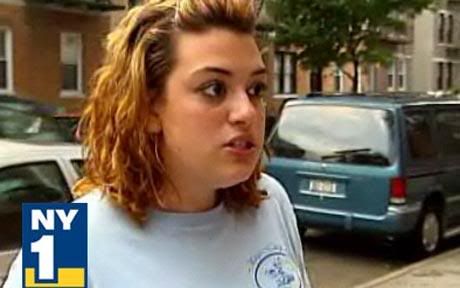 A New York teenager has been hailed as a hero for saving a school bus full of children after the driver suffered a heart attack and collapsed behind the wheel.

Rachel Guzy, 16, rushed to the driver's seat after Ramon Fernandez, 59, apparently suffered a heart attack, collapsed and tumbled out of the moving bus as it sped towards a busy intersection.

The summer camp counsellor, who does not know how to drive, jumped into the driver's seat and pulled the emergency brake, slowing the bus before it crashed into a mini van.

"I just jumped into the driver's seat, and the first thing I did was press down on the brake as hard as I could," Rachel told the New York Daily News. "Then I pulled the emergency brake.

"I was a nervous wreck. I was shaking and I was crying. I couldn't breathe. It was the scariest thing I've ever had to do in my life."

No one was seriously injured in the accident on Tuesday afternoon in the Flushing section of Queens.

"If not for Rachel, we could have been dead or at the hospital," Artemis Sacramone, a 12-year-old camper at the Magic Carpet Day Camp, told the newspaper.

Fernandez was pronounced dead at the scene.