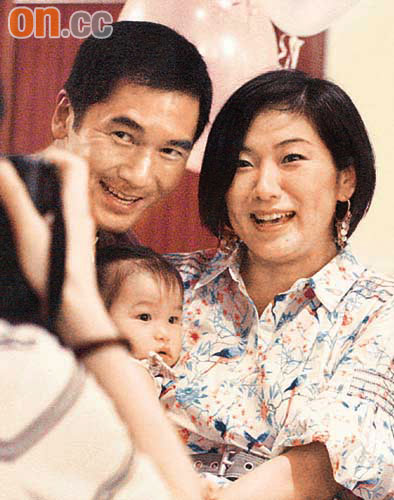 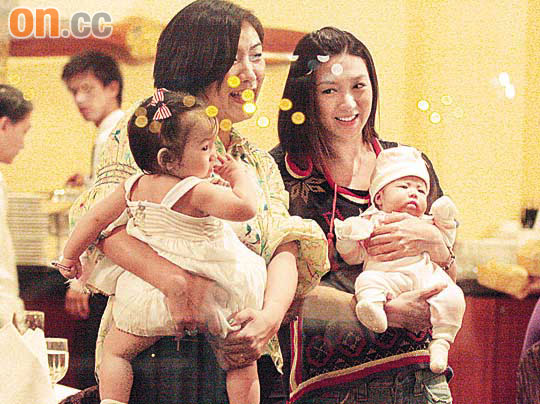 At the scene, Ka Ching wore a white dress with pig tails. She carried a wand in one hand while running up and down, ocassionally falling over. The guests couldn't resist in pinching her cheeks. Alex was busy taking care of the guests the whole evening while holding Ka Ching, however she wasn't too happy about it and started to have a tantrum. Alex felt hopeless but in the end her grandma was able to make her smile again.

At around 10pm, it was time to cut the birthday cake. But Ka Ching had already fallen asleep. Mok Ho Yan made several attempts to wake her up but failed. Therefore she took the role in cutting the cake for her. Alex later said that he was originally wanted to make the birthday party memorable for their daughter, but as their daughter fell asleep during the party it was indeed very memorable for them.

Didn’t even know that Alex had a daughter!

lol, failed to wake her up! I don’t think it’s a good idea newaiz, she needs her sleep plus it was 10pm.

haha..lesson learned..have the party earlier if you want your child to be awake.

is that claire i see on the second picture(;
they looks so cute ;DD