Xia Tian, Jia Jiang, Fang Wei, Bulu all four grew up on Westside Street together and currently study in Ying Ye School. One month away from graduation.

Xia Tian's dad is a police officer in Westside Street and is retiring tomorrow. But just on that day, they all had a fight with the Dinosaur gang in the school and were almost expelled by the principal. Officer Xia went to settle the conflict and not only did it not get settled, his gun got misplaced by the principal too. Everyone thus discussed things over and decided that AJ they all will remain in the school and they must find the gun within the one month of graduation to let Officer Xia retire peacefully and happily. Jia Jiang, Fang Wei and Bulu then can successfully graduate.

While finding the missing gun, they discovered that a ex-convict Grey Wolf who escaped from prison is possibly connected with the missing gun and even more surprisingly, the Grey Wolf is actually having close communication and contact with students in Ying Ye.

Among the teenagers, they had to cooperate to find Officer Xia's missing gun and this let AJ and XT who have since young been at loggerheads to develop feelings for each other. FW who has always liked XT now becomes the love rival of AJ. This love triangle will have what impact on AJ and FW's friendship? AJ and XT who used to be as close as siblings, will their relationship change? Who stole Officer Xia's gun? And how are they going to find it? What will be discovered in their process? Let the four people use their own ways to bring you this story in 2007's Summer.

i admired chen qiao en's character in here so much. but i thought the ending wasn't much special? or it was too ordinary. 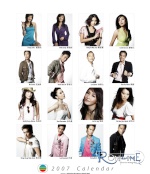