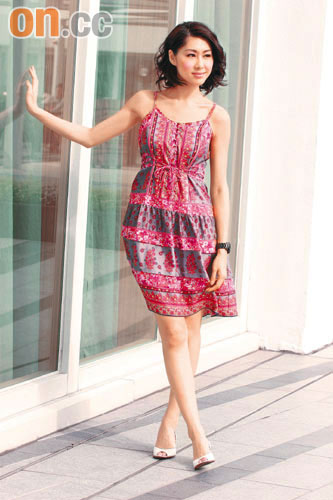 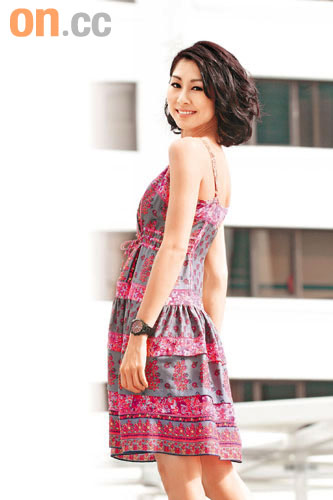 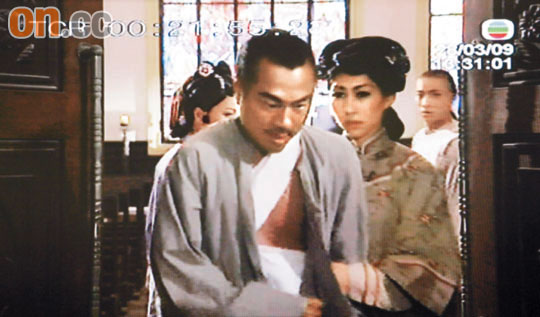 Using "flirtatious reasonable" is the best way to describe Nancy Wu. In series, Nancy is usually the girl who gives off a flirtatious wink. Since her entry into the entertainment circle 7 years ago, if she's not a witch, then she the so-called flirty girl, but she still has fun with the roles, she said: "The audience nowadays expect more, they have higher expectations on artistes. In "Rosy Business", they like to watch how I flirt, how I attract others to seduce me, keep watching how my role changes. To be a flirty and likable girl at the same time is definitely not something easy to do, it's really hard!" In reality, we see Nancy's personality is far from being "flirty", she is actually more of a tomboy instead: "How flirty am I? That I will have to ask all of you! If I was so flirty, then I wouldn't have so little gossips! I actually don't think I'm flirty enough!"

Appreciate the brave Producers
Nancy feels that villain roles are not that bad because there is a greater opportunity to develop the role: "Many people don't like to be villains, but I usually encounter these roles, it could be consider my luck. In "Rosy Business", I play a girl who has an affair, even my mom got very into the series, she would always say 'how could that be!', I really feel a sense of accomplishment!" As the saying goes, "One achieves a million", Nancy frankly said that there are many Producers who offered her to play challenging roles, and that could be consider a risk: "They are really very brave, sometimes I don't even have enough confidence for myself that I could do well on that role, I'm more afraid that I may ruin the role instead, but the Producers are still taking this big risk in giving me the role, they may have looked for the wrong person, I truly admire their courage."

Some artistes are known to have bad acting skills, but other artistes are born to act, their acting is just so natural, it's just like in a dancing class, one leap into the next level. Nancy is a person who had experienced this: "I'm very lucky. I have never had anyone criticize my acting, many colleagues help me, give me advice and many Producers give me opportunities. But when I first entered the industry because I had too many lazy sounds when I speak, I would end up reading 'Hong Kong' as "Heung Gon" (like "rushing"), 'China' I would read as "Chung Gok" ("Middle Corner"), therefore making many people scold me! One time I was on a TV show, someone told me: "Ah Lui, you have so many lazy sounds, you will never in your life time be able to change it!' The person made it seem like I had no hope at all, but I did not give up. I know artistes need to have good pronunciation, an artist's voice is a priority. So each day, I would read the newspaper out loud to improve my pronunciation. Now no one had said anything about my speech!" 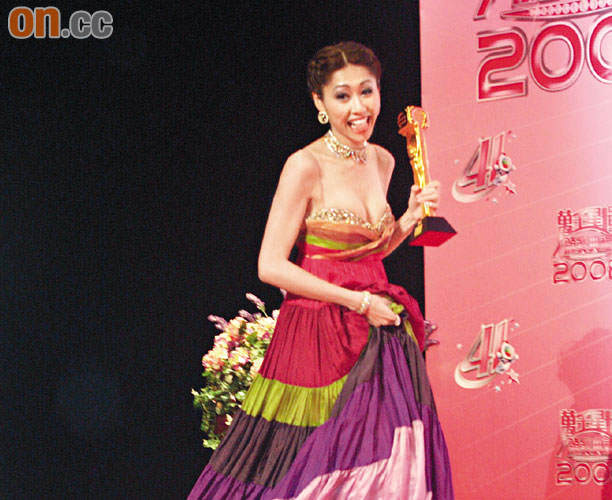 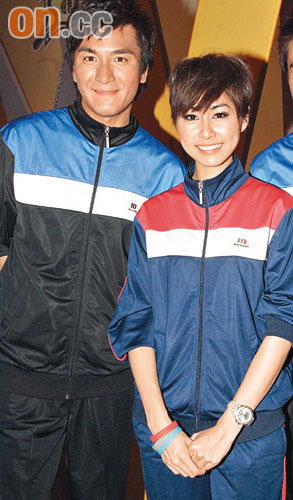 Does not dare to wish to be crowned Queen
To be able to reach the top in the TV industry is easier said than done. Many Fadans try to stir up gossips and news, but Nancy feels that these methods are not stable: "This circle, each person has a different goal, each person has a different lifestyle. There are ways to reach the top, but make sure you're able to pass your conscience first." When asked if she had done anything that she couldn't pass herself? She immediately said: "Attending dinner gatherings! It's best to be a true person. Although I always play flirty characters, but I am not a sexy stunner. Maybe because of this, no one has ever asked me to attend any dinner gatherings. Ha Ha! I had never been on the list!"

Nancy frankly said that she is not a type of person for awards, TV Queen is far from her reach. Getting the "Most Improved Female Artist" is already a huge encouragement, she does not dare to ask for anymore. She only hopes that one day she will be able to be in a legendary role, then she would feel more successful.

Try and see if compatible with Kenneth Ma
What girl does not want to be loved? Nancy is no different from any other girl, she too wants to have a boyfriend who can lend a shoulder whenever she wants. After she broke up with Deep Ng, many friends around her has asked her when she will bring out another boyfriend? After spreading rumors with Kenneth Ma, there are finally some clues, but she still denies that she and Kenneth are in a relationship, she said: "We have never dated, so I'm not sure if we are compatible or not! But he is truly a good person!" Reporters then told her to try and get compatible with Kenneth, she immediately let out a sweet smile: "Oh!" After her Oh..... she did not say anything more.

Nancy is very good at flirtatious roles, she fitted playing the fox spirit in The Winter Melon Tale very well.

She did great in Rosy Business & The Winter Melon Tale! Hope she will get to be the main or 2nd main soon.

agree...great in those roles. It's time for her to have bigger and better roles.

i never knew i could ever see nancy being a "bad person" in a drama until i saw legend of the demigods (; now i can imagine her as a flirty little girl ;D