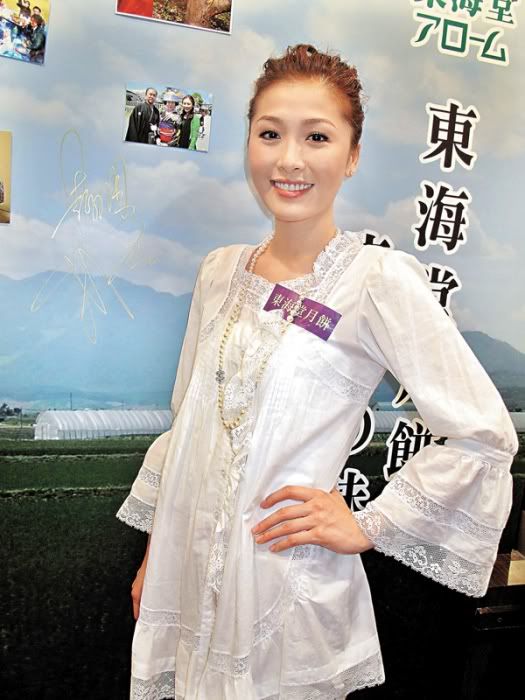 Yesterday Niki Chow went to the Food Festival to do promotions and handed out mooncakes. A magazine reported that Niki still had feelings for ex boyfriend Kevin Cheng. Earlier she accepted a interview with Amigo Chui and instead of answering the questions she asked Amigo what she thought about relationships instead. There were hints where she often bashed ex boyfriend Kevin Cheng but yesterday she denied that she said anything bad about him.

TVB series "Burning Flame III" will be airing the finale episode tommorow night. Kevin's popularity has increased again and it will also be Kevin's birthday on that day. It was impossible for Ex lover Niki to avoid the old news being mentioned again. Niki hoplessly said "That news has been written over and over again. There is no such thing. I was required to interview Amigo in that programme". As for outsiders having a lot of assumptions. Niki stated that she couldn't do anything about it and will refrain from responding. She hopes everyone will stop asking her those questions. She said "Don't ask me, it's old news. Everyone should be happy celebrating Mid Autumn". The reporter asked if she will be lonely during Mid Autumn? "I won't be lonely, I have many people spending it with me and have commericals to shoot. I am really happy".

Re: Niki Chow: No need to mention about my past relationship