A woman dialled 999 to say her hamster had escaped from its cage, police said, as they asked the public to only use the service for genuine emergencies. 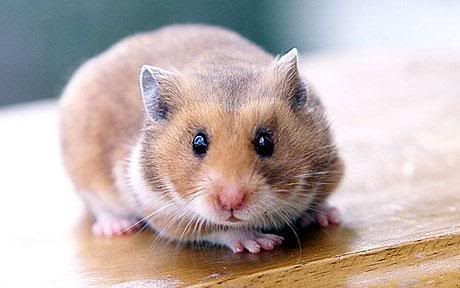 The family feared the hamster had set up home underneath the kitchen Photo: PA

South Yorkshire Police said eight out of 10 of the emergency calls made to its Sheffield control room did not require urgent attention.

In one example, they said a woman told the operator: "It's my hamster. It's got out of its cage. It's gone into the bathroom and down into the floorboards."

The call handler says "Your hamster?" and the woman continues: "Is there any chance anyone could come and help me get it out?"

In another call, a man is heard to ask for help because a swarm of wasps has landed in his garden.

Superintendent Rob Odell said the force received around 15,000 non-emergency calls to the 999 service a month.

He said his operators have even taken calls from people who have run out of credit on their mobile phones.

"You never know when it could be you in desperate need of help and the last thing you need is to lose vital seconds or minutes because someone has called 999 to order a taxi."

The 999 service should be used only if a life is at risk or someone is being physically threatened, if a crime is in progress and the offenders are still nearby or if a road accident is causing an ongoing danger.