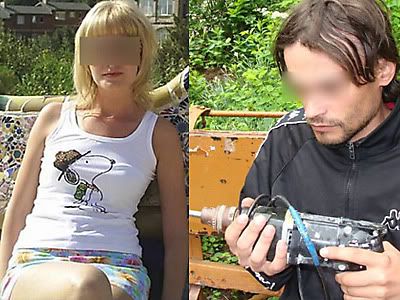 A Russian woman attacked her husband with an electric drill after learning that he had spent his salary on alcohol.

His wife tried asking him where the money was, but instead of responding he fell asleep.

The woman, aged 28, searched his pockets and found nothing. Enraged, she snatched her husband’s electric drill and stuck it into his pants.

The man woke up and sobering up immediately pushed the wife away and called an ambulance.

“The drill broke the skin and went two centimeters into the penis,” surgeon Dmitry Semenov said commenting on the accident.

“He had to undergo urgent surgery. Luckily for him, we saved the organ.”

On leaving the hospital, the man filed for divorce but did not start a criminal case against his wife.