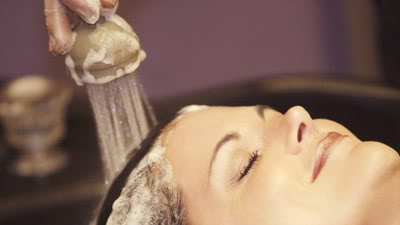 A furious customer had to be dragged off her hairdresser by police after her perm went wrong at a salon in Serbia.

Terrified Nevena Zivkovic dialled cops when hysterical Ruzica Radovic saw her bubble perm in a mirror after the treatment at a beauty parlour in Novi Sad.

Ruzica - who had to be calmed with a sedative at hospital - insisted she hadn't asked for curly hair.

A police spokesman said: "When we got a call from the shop we thought that there was a criminal in there attacking the staff.

"But instead what we found when we got there was an extremely angry lady who was unhappy with her hairdo.

"Our officers have had to deal with some very strange situations before but none of us can remember anything like this."

Shop owner Zivkovic said: "I am still in shock. She just went wild. If she was that unhappy she could have just said and we would have refunded her money."